MHAF Featured Artist | Dani Bowman: Shaking Up the Animation World and Beyond 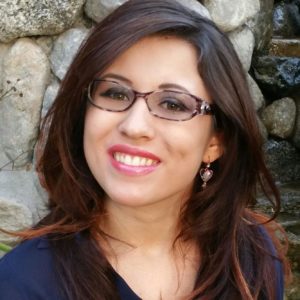 What I wish for is that the whole world will understand and accept us individuals with autism for who we are. We all have same hopes and dreams. And that just because we have a ‘disability’, does not mean that we are not capable – all we need is a little extra help and direction. – Dani Bowman

Dani Bowman founded her company, Powerlight-Studios (now DaniMation Entertainment) at age 11. She has worked professionally in the animation industry since 14, premiering 5 award-winning animated short films at San Diego Comic-Con each year for the past 4 years. Her shorts feature the voices of Joe Mantegna, Tom Kenny (Sponge Bob), June Foray and Stella Ritter in addition to other voice actors on the autism spectrum. Knowing the special talents of people with autism, Dani employs others on the spectrum at DaniMation Entertainment as musicians, artists, and voice actors. Dani utilizes her six passions of Autism Advocacy, Public Speaking, Animation, Illustration, Fine and Visual Arts, and Teaching Animation to show young adults on the spectrum and with other disabilities that anything is possible and inspire them to leverage their unique ability.

Since age 15, Dani has led summer animation camps around the country, initially with Joey Travolta’s Inclusion Films, and then expanding out on her own to teach to over 700 teens and young adults. Dani not only teaches animation, but also works with her students as a role model and mentor, encouraging them to follow their dreams. Her contributions to the autism community have been widely acknowledged from receiving the Temple Grandin Award from Future Horizons in 2012 to being the first American with Autism honored at Anna Kennedy’s “Wear It for Autism” event in London in October 2014. Additionally, Dani enjoys speaking about autism, the need for self-sufficiency and employment for those with disabilities. Among other speaking engagements, she was the keynote speaker at the Ohio Center for Autism and Low Incidence (OCALICON) 2014, the Oklahoma State Autism Conference (OSACON) in 2015, and the Alaska Autism Roadshow in 2016. Dani’s currently attending Woodbury University with an animation major and a business minor.

Learn more about Dani below in her short animation, “Believe It: The Dani Bowman Story,” and continue even further to read our exclusive interview with the artist.

Interview with the Artist

When did you first become interested in animation? Are you self-taught or formally trained?

I guess you could say that I’m always interested in animation from day one. In the beginning, I was fully self-taught by first creating stop-motion animation. During second and third grades, I discovered my talent beyond coloring with crayons by making picture books, comic books and storyboard adaptations based on the TV shows I watched and videogames I played. In seventh grade, I started to use MS Paint, Adobe Photoshop and PowerPoint presentations as my animation tools.

When I moved in to live with my aunt and uncle, my uncle saw the animation capability I had with just these tools, and he introduced me to Toon Boom Studio. Toon Boom was a little more difficult at first; it took me about two weeks to get the hang of it (still self-taught). It’s still my favorite 2D animation software although I know Maya and Adobe Flash. Toon Boom has since become my sponsor. I am currently using Toon Boom Harmony 12 Essentials and Toon Boom Storyboard Pro.

What subjects are you most interested in portraying through animation?

My animation focuses on adventures, fantasies, surrealism, and science including biology, which is one of my favorite school subjects. I weave biology into some of my characters and story plots. I am more than just an “animator” or “character artist”; I do screenwriting, voice acting, background painting, and postproduction editing as part of my film production skills.

Some of my animation also involves autism and real-life events. For example, my PSA video “We Are One” (video below) is about autism related groups with different beliefs. Some are looking for the cure; some are against MMR Vaccines, Pesticides, Herbicides, and other poisons that might cause autism; and others are autism advocates who believe that there’s no cure autism because it’s not a disease. No matter what your beliefs are, you should not lose sight of what’s really important: Help adults with autism find jobs. Can’t we all just agree to disagree?

What animation piece (of your own) is your favorite? Why?

I would say my fourth animated short “AirBurst: The Soda of Doom” (video below) is my favorite. It’s not just because it’s based on one of my favorite computer game franchise “AirBurst” by Strange Flavour ltd (a game company based in the United Kingdom), but also something that I’m most passionate about while producing this animation short, and how I got permission to use their characters, plot, and music. I used to play the 2004 game  “AirBurst: Extreme” when I was about 13ish.

“Airburst: The Soda of Doom”

When did you receive your autism diagnosis? What is the story surrounding your diagnosis?

I was diagnosed with autism when I was in elementary school by the school district, who had me tested. My mother tried to get me diagnosed by the doctors before then, but they kept telling her that I would just grow out of it. I had all the classical signs of autism like lining things up, walking on my tippy toes, not responding when my name is called, not sitting still for a minute, no eye contact, but most of all I did not speak until I was almost 5 ½.

That’s why the school district were the ones who had me diagnosed. They also noticed that I wasn’t being social with my peers. After that, I was put into Special Ed.

Do you believe that traits associated with your autism help you in your art? How?

Yes, they do. Daydreaming gave me the ability to create wonderful ideas including creating original stories like “The Adventures of Captain Yuron”. However, there are times when it is not okay to daydream. Many individuals with autism have a higher concentration of imagination in their creative side of the brain than the neurotypicals. Also, I am able to hyperfocus and learn any subjects related to animation or other things I’m interested in.

“Somebody NEEDS You” (a short starring June Foray, known as the voice of Rocky the Flying Squirrel)

What has been your greatest success as an individual and as an artist?

I have illustrated and published 5 books, and premiered 6 award-winning animated shorts at San Diego Comic-Con. I also have taught animation for the past 6 years at Joey Travolta’s Inclusion Films Camps, and at independent camps at OCALI in Columbus OH, Animation Gets Real by VSAFlorida and CARD at USF in Tampa FL, Sondra William’s S.P.E.A.K.S. at Step By Step in Worthington OH and at The Center for Autism & Dyslexia in Finley OH. Additionally, I have done public speaking at various Autism and Employment conferences and events like the Kiwani’s Club, the FRED conference, APSE in Long Beach, etc.

But most of all, I think one of my greatest successes was being able to graduate from high school with a 4.0 and Honors, and now going into my Junior year at Woodbury University, I am maintaining a full load of 18 units and still maintaining my 3.8 GPA.

What has been your greatest challenge?

What current projects are you working on?

I’m currently working on my 7th animated short that will premiere at “San Diego Comic-Con” next summer called “Chloe: An Orphan Story”. It’s story about three orphan girls Chloe, Spencer and Abbey, who will find each other and their own voices by singing … A universal tale of how we all need friendship, love, and hope to get us through the hard times and reach our full potential. I collaborate with an entertainment company “Spectrum Laboratory” to not only create their first animated short, but also make sure that everyone in production gets paid. Our goal is to employ and showcase the many talents of our community, and to put them on the map as professionals with extraordinary creative capabilities.

Here’s the link to donate at our Indiegogo campaign for this project, or feel free to share this page. Any amount helps! Watch the campaign trailer for “Chloe: An Orphan Story” below.

What is your greatest hope or goal for your future?

At my university, my goal is to earn a BA in Animation, and an MBA in Business. My odds in having a successful career gets better when I learn the business-side of running my own animation company.

My ultimate goal is own an actual animation studio on par with Disney or Warner Bros., but I will include individuals with autism as employees and staff. Unlike many studios, DaniMation Entertainment is planned to be environmentally and economically sustainable (i.e. Renewable Energy, 100% recyclable materials). DaniMation will include variety of productions for Film, Television, WebSeries, Books, Music, Video Games, and more. Made by individuals with autism, and anything is possible!

What do you wish the world understood about autism?

What I wish for is that the whole world will understand and accept us individuals with autism for who we are. We all have same hopes and dreams. And that just because we have a “disability”, does not mean that we are not capable, all we need is a little extra help and direction.

What do you think society can do to best support people with autism?

The five strategies that help individuals with autism prepare for the workforce are vocational rehabs, trade and technical schools, internships, finding jobs with a consistent routines, and entrepreneurship or self-employment. Individuals with autism can have a successful life because they can be capable of taking care of themselves. However, either society teaches and trains them right, or the society has to pay the system to take care of these individuals for the rest of their lives.

What is the most helpful advice you’ve ever received?

The most helpful personal advice from my aunt and uncle is that they told me, “The more you learn, the more you earn!” That means I have to keep learning and working to improve myself, like getting “Straight ‘A’s” to keep up my 4.0 GPA, and being Number 1 in animation classes because the animation industry is super competitive and want the best animators/artists.

What life advice would you give your younger self?

To my younger self, the reason why you been talking to yourself, daydreaming, or any of these weird traits and your put into elementary school special ed is because you have autism, but it’s not the end of the world; it’s just like a different operating system like a Linux compared to a PC. People can tell that autism may be a glitch inside of you, but your amazing glitching powers makes you dream big, and shoot for the moon for life success. Never give up on following your dreams. You can do it, I know you can!

Independent Apartment Communities: What Are They, and Why Do They Matter?
Inside Autism | A Conversation with John Asher, Director of PO and Evan’s Dad