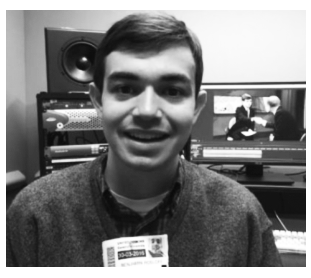 Every person with autism is different and society has to learn about each individual and what can be done to help, to include, and to accept them. – Benjamin Rosloff

Born and raised in NY, Benjamin Rosloff is the middle of three brothers. He received early intervention at the age of two and was placed into an intensive ABA program at age four. In first grade, he was in a self-contained special education classroom with a 1:1 aide. In third grade, he entered a mainstream classroom, continuing with a 1:1 aide and related services. He ultimately graduated high school with a NYS Regents Diploma. Ben’s love of film was evident early on, and through the guidance and mentorship of a wonderful television production teacher, his artistic and technical skills were cultivated.

After high school, Benjamin wanted to have a college experience. Because of his work ethic and determination to succeed, he captured the attention of both the provost and president. He was allowed to live on the Long Island University campus and matriculate as a student in the Electronic Media department, and graduated in four years with a Bachelor of Fine Arts degree. Ben loves to travel and explore. He rode a camel in Israel and swam with the dolphins in Mexico. He knows every line of the NYC subway system.

After college, he was selected as a participant in a documentary film internship with Jon Alpert of DCTV-NY. The “Media Enabled Musketeers” traveled to Russia to screen their films and then hosted their Russian counterparts in NY. His film “Can I Call You” was selected for the Sprout Film Festival and was recently featured at the Reel Minds Film Festival in Rochester, NY. Ben studied piano and cello – he has perfect pitch and synesthesia — – he sees musical notes in color. He loves opera and anime. He can construct Bionicles and create origami art. 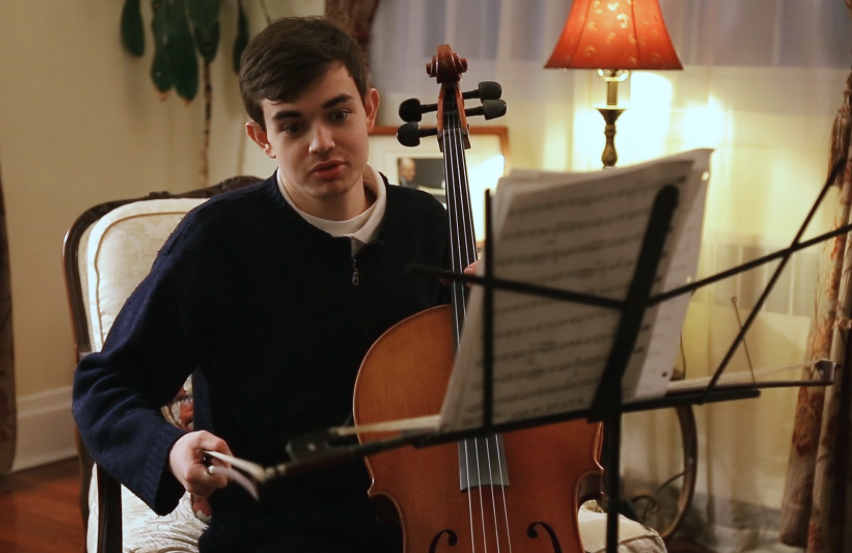 Ben has volunteered his filmmaking talents for many autism programs and benefits and has met many gifted individuals on the spectrum in the process. Ben had part-time employment as a videographer at a local sports program for children on the spectrum, and a six-month internship at the NYC Mayor’s Office for People with Disabilities. He was given the opportunity to interview Secretary Ban Ki Moon at the UN and create a video that was featured at World Autism Awareness Day. Simultaneously, the UN made a video about him entitled “Living with Autism.”

Ben is presently working on another UN video for International Day of Persons with Disabilities and hopes that his experience will lead to full time paid employment in film and media. As you will see in our following interview with Ben, he is a skilled, well-connected filmmaker with outstanding ideas and a heart for bringing global awareness to the issues those with disabilities face. If you are interested in working with Ben, please contact him at [email protected]

Interview with the Artist

How did your interest in film begin?

I have always been a movie buff. Ever since I was young, and before I could speak, I watched a lot of videos and movies. I liked to watch the same videos over and over again. I learned all of the lines, memorized the scenes, the music scores, and even enjoyed watching the scrolling credits before I could read. At that time, it made me calm, but now, I have an amazing knowledge of movie trivia. I also have perfect pitch and can play the soundtracks in my mind.

Will you tell me a little about how you learned to use the camera and the types of films you like to make?

I started filmmaking when I was in middle school. I had a teacher who ran a television production studio in the school building, and he taught me how to use the camera and computer editing software. I learned how to set up the camera equipment, and videoed school events like graduations, concerts and sports. My teacher liked to work with me because I was very precise and focused when filming and following his directions. I took a class in television production, and I enjoyed being in the studio, and learning all of the different roles; i.e. cameraman, director, and editor. I enjoyed camera work, and editing to tell a story. It was important for me to choose graphics and music that fit into the video. I liked the fact that I could be creative and work the film footage and audio until I had exactly what I wanted. In high school, I learned how to edit videos by using the application Final Cut Pro. During college, I filmed and interviewed famous people for Autism Speaks at fundraising events like the Chefs Gala and A Funny Affair for Autism. I filmed autistic artists at work at Strokes of Genius, an art center and gallery in Brooklyn, and created a music video for Tom’s Chapin’s “You Can Bend” at a walk event for autism.

Which of your own films are you most proud of and why?

The film that I am mostly proud of is “Can I Call You?” It is about a person with autism (which is me) who is interested in dating someone who is non-disabled. I don’t want to only socialize with people who are autistic. The video is not just about love, but learning about honesty and if a person is right for me or not. I made the film as part of an internship with DCTV (Downtown Community Television Center of NY), a documentary TV studio. Disabled and non-disabled American and Russian filmmakers and journalists created documentary shorts on disability. I traveled to Russia with the “Media Enabled Musketeers,” where our films were shown at festivals in Moscow and Sergiev Posad and then the Russian group came to NY where our films were screened at HBO.

Watch Ben’s original film “Can I Call You?” that confronts issues surrounding autism and dating.

Do any directors inspire your work? Which ones and why?

The directors who inspire my work are Steven Spielberg because he is so talented. Don Bluth, because of his amazing animation work. James Cameron, because of the way he does science fiction. Hayao Miyazaki and Isao Takahata from Japan because of their beautiful hand drawn animation for anime films.

What was it like interviewing the UN’s Secretary General, Ban Ki-moon?

This year, I had the opportunity to visit the United Nations and interview Secretary General Ban Ki-Moon about climate change, the Sustainable Development Goals and autism. I made a film about the experience, “Benjamin’s Story,” that was featured during the World Autism Awareness Day event at the UN. I had the opportunity to explore and film the UN including art and photo exhibits from all over the world. The video reflects on my future and how it relates to global issues and the Sustainable Development Goals. I thought that interviewing the UN Secretary General, Ban Ki-Moon, was a great thing to do, because he is one of the most important and interesting people that I have met. During the interview, the Secretary General was very kind and encouraging. Both he and his wife, Ban Soon Taek, really care about equality for people with disabilities including those with autism. I was treated like a celebrity by the television production department, and it was very exciting to have my video posted on the UN website for so many people to view my work.

What was it like interning at the Mayor’s Office for People with Disabilities? What was your job there? Did you enjoy it?

I had an internship for six months at the New York City Mayor’s Office for People with Disabilities (MOPD).  I worked on a project called, NYC Works 2016 “At Work It’s What I Can Do That Matters.” I filmed New Yorkers with disabilities at their jobs and posted the videos onto the MOPD website. I learned how to use the editing software, Adobe Premiere Pro on Microsoft Windows. It was great working in the office, and I wish that I could continue working there in order to build more skills for other jobs.

What is your dream job?

My dream job is to be a producer and director. If I could have one dream come true, I would meet with Steven Spielberg, Don Bluth, and George Lucas to tell them my idea for a film and have them help me make it. My biggest goal for the future is to do my very first feature full-length animated film, “Child of Dreams,” based on a true story. 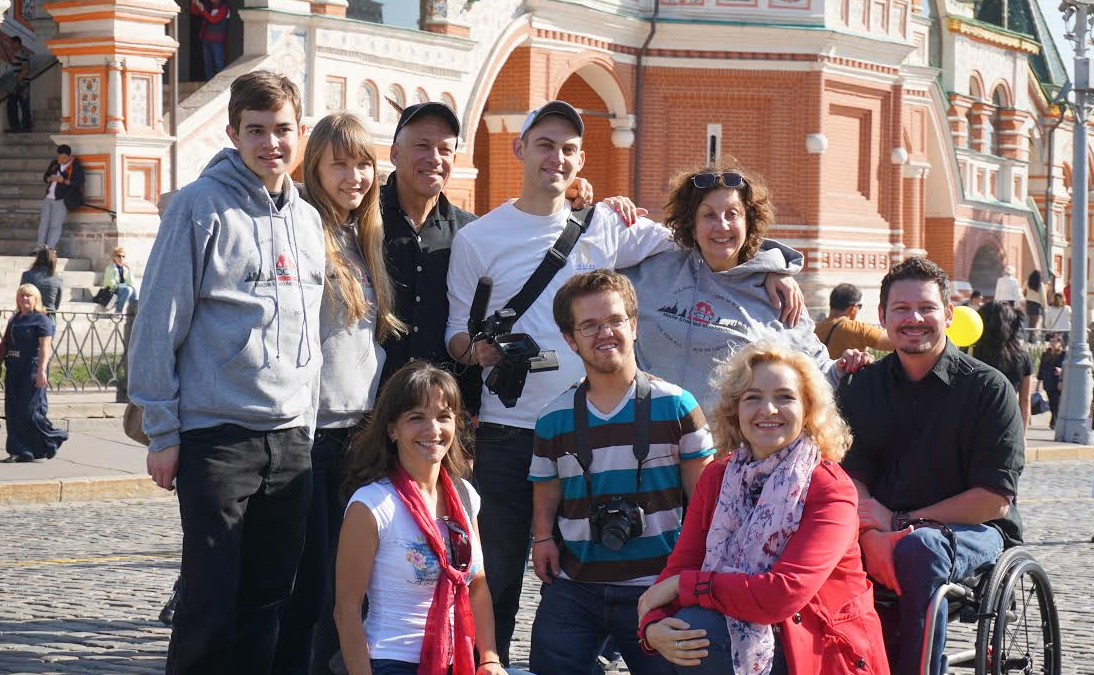 In what ways do you feel your autism affects your work?

In many ways my autism makes it hard to work and focus. I do not always communicate clearly and sometimes it is hard for me to understand directions and manage my time. Being an autistic filmmaker can be an advantage because I have an excellent memory, and I can arrange the audio and video of the finished work in my mind in order to create a great final project. I can sometimes playback the video over and over, because when I edit, I find some small details that I can see, but many would miss.

What are your greatest challenges as an individual living with autism?

My greatest challenges as an individual living with autism are related to independence and social connections. I want to find full time paid employment in the production field so that I can live on my own and feel proud of and rewarded for the work that I do. I want to spend time with friends who share my interests and hope that I can develop a relationship with someone special who I can share my life with.

According to Ben, he takes pride in his film “Grandpa’s 90th Birthday” because “it captures a very special personal memory of [his] grandfather who made his dream come true and went skydiving for his special birthday.” Ben’s film shows that we are capable of achieving incredible things at any age. Watch the inspiring film below.

If you could teach society one thing about autism, what would it be?

If I could teach society one thing about autism it would be that being autistic means different things to different people. Some people would not want anything about themselves to change, and feel that their autism is a part of who they are, and being autistic makes them special. For others, autism is very frustrating, isolating and disabling and they need help. I don’t like being autistic because I don’t like being judged as “not normal.” Every person with autism is different and society has to learn about each individual and what can be done to help, to include, and to accept them. 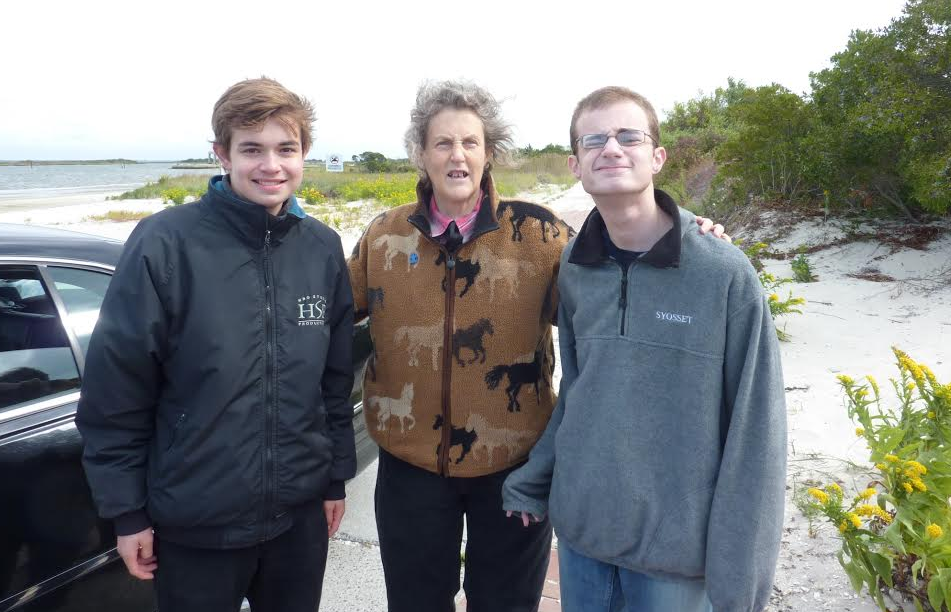 What are your biggest goals for your future?

The biggest goals for my future are being an excellent filmmaker and 2D animator. I also wish to have a full time job in a feature production or a television studio. Perhaps I will continue taking a course at a visual arts school. I would want to travel, and film my experiences around the world. Most of all, my goal is to be happy and proud of what I do.

An Afternoon with Clay Christensen
Person-Centered Planning: What is it, and why does it matter?